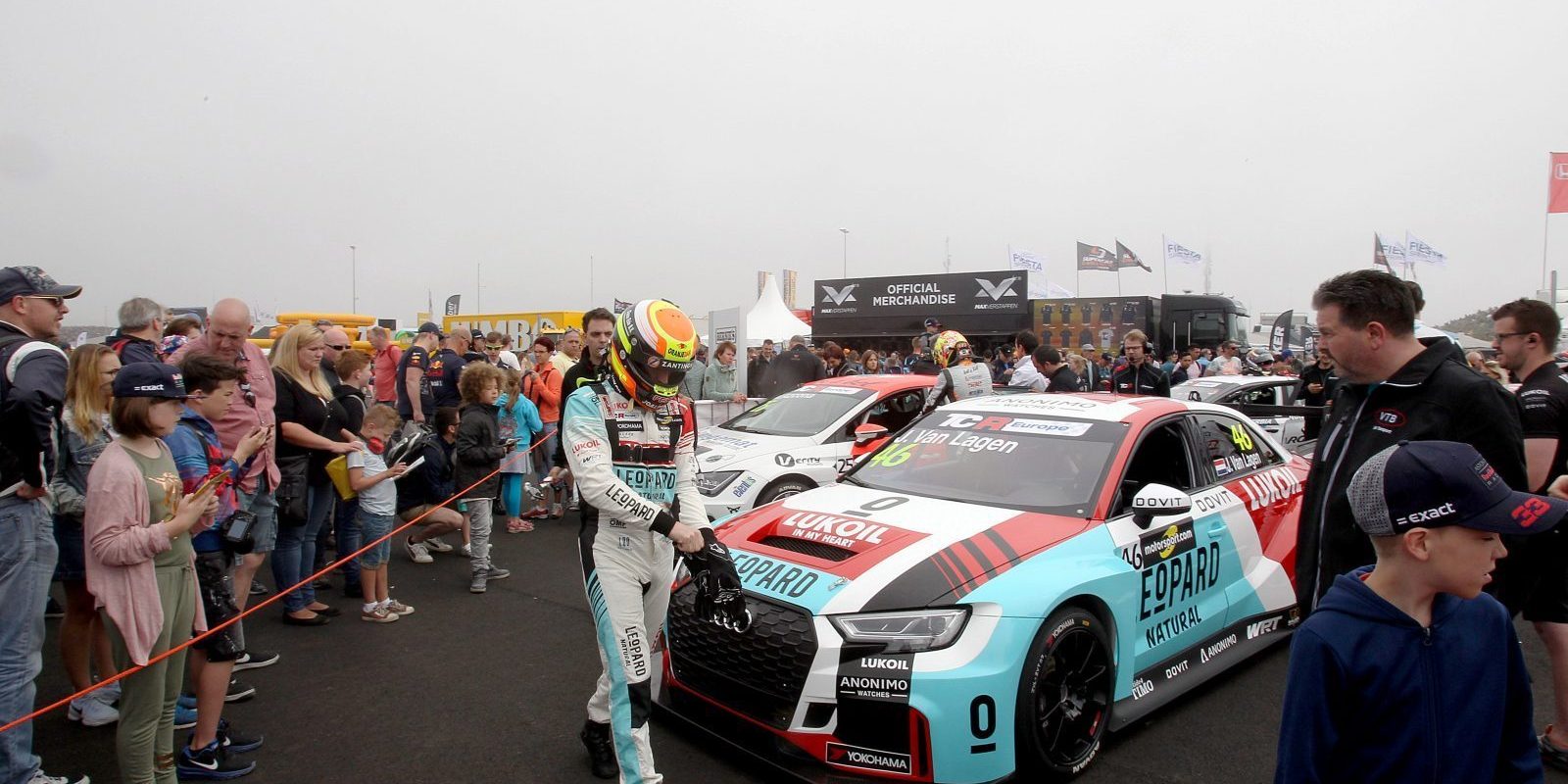 TCR Benelux 2018 could not have known a better start. With the popular raceway in Zandvoort, overcrowded grandstands during the Jumbo Racedagen and the presence of Max Verstappen and Daniel Ricciardo, as long as a well-sorted starting grid thanks to the TCR Europe contest, all the ingredients were there to make this first round a success, which was definitely the case.

In substitution of Jean-Karl Vernay on the North Sea shores, Jaap Van Lagen quickly understood the instruction manual of his Audi RS3 LMS, put into race by Leopard Lukoil Team. Not satisfied with being the fastest contestant from TCR Benelux during the two first free practise sessions, the Dutchman also took the pole position in his ranking and in TCR Europe for Race 1! 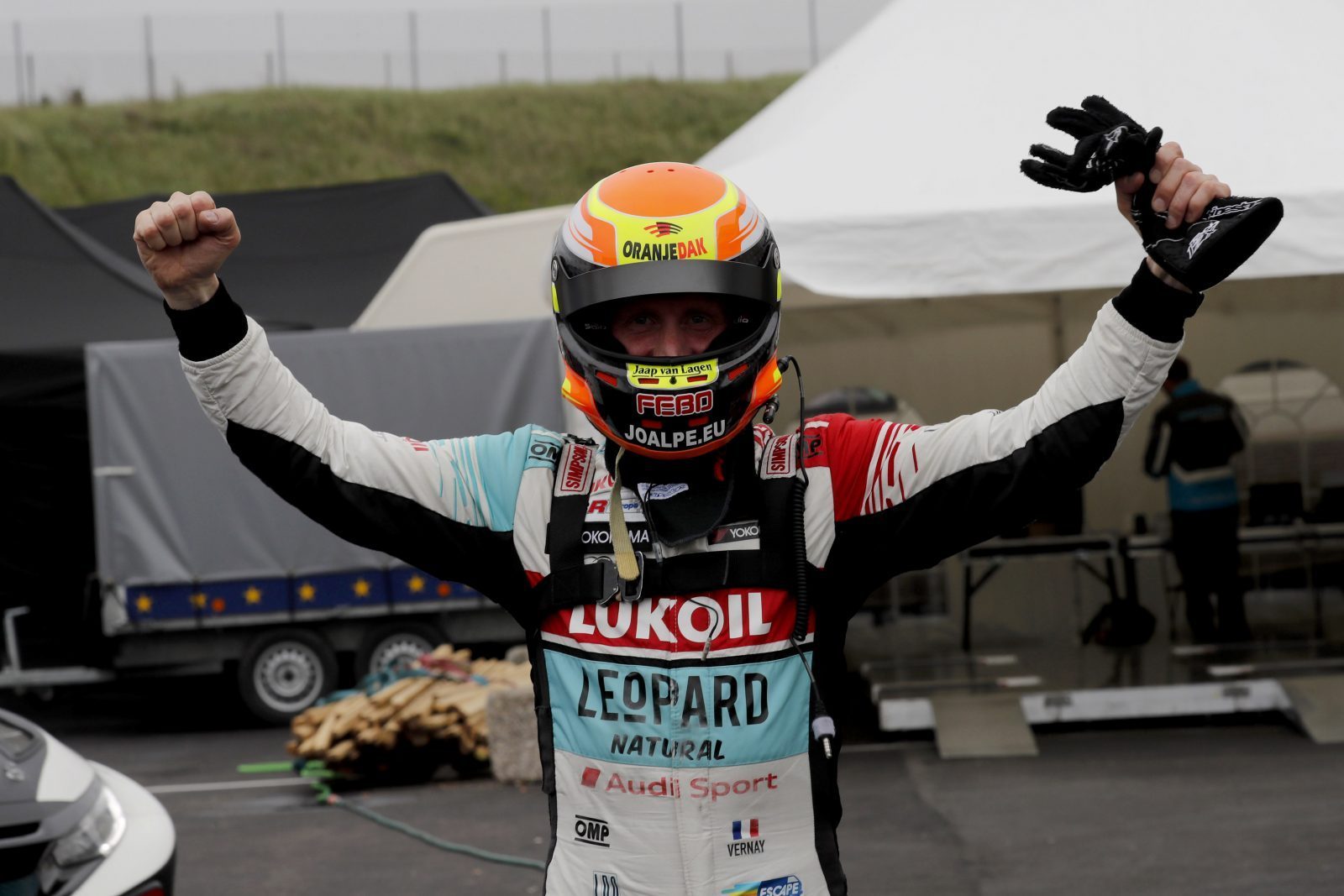 Race 1 : Van Lagen is a prophet in his own country

The start of the first battle was particularly heckled due to a collision between two competitors of TCR Europe, which caused a panic within the peloton. Julien Briché fell victim of this turmoil and had to give up after hitting the pit wall. During the following lap, Marie Baus-Coppens (Cupra JSB Compétition #21) also had to return to the pitlane because of a technical problem.

Jaap Van Lagen raced in front of the other competitors of TCR Benelux. The ex Lada driver from WTCC would dominate his ranking from the beginning and become the first winner of the season. He finished in a third place in TCR Europe, despite an arduous start.

“I really had fun, in spite of the start, when I lacked locomotion because my engine speed was too low”, said Van Lagen. “The car balance and my race pace were very good. I hope to be behind the wheel of this Audi if Leopard Lukoil Team allows me to. TCR is a category that I really appreciate.”

Twelve months after his beginnings in the championship, Danny Kroes earned a beautiful Silver medal. Loris Cencetti (Hyundai Autodis Racing by Piro Sports #14) took the Bronze, not without overtaking vigorously his team member Cedric Piro, which would cause the latter to spin. Maxime Potty could also have finished on the podium, but he was forced to forfeit after riding into the gravel pit in the famous ‘Tarzan’ curve. 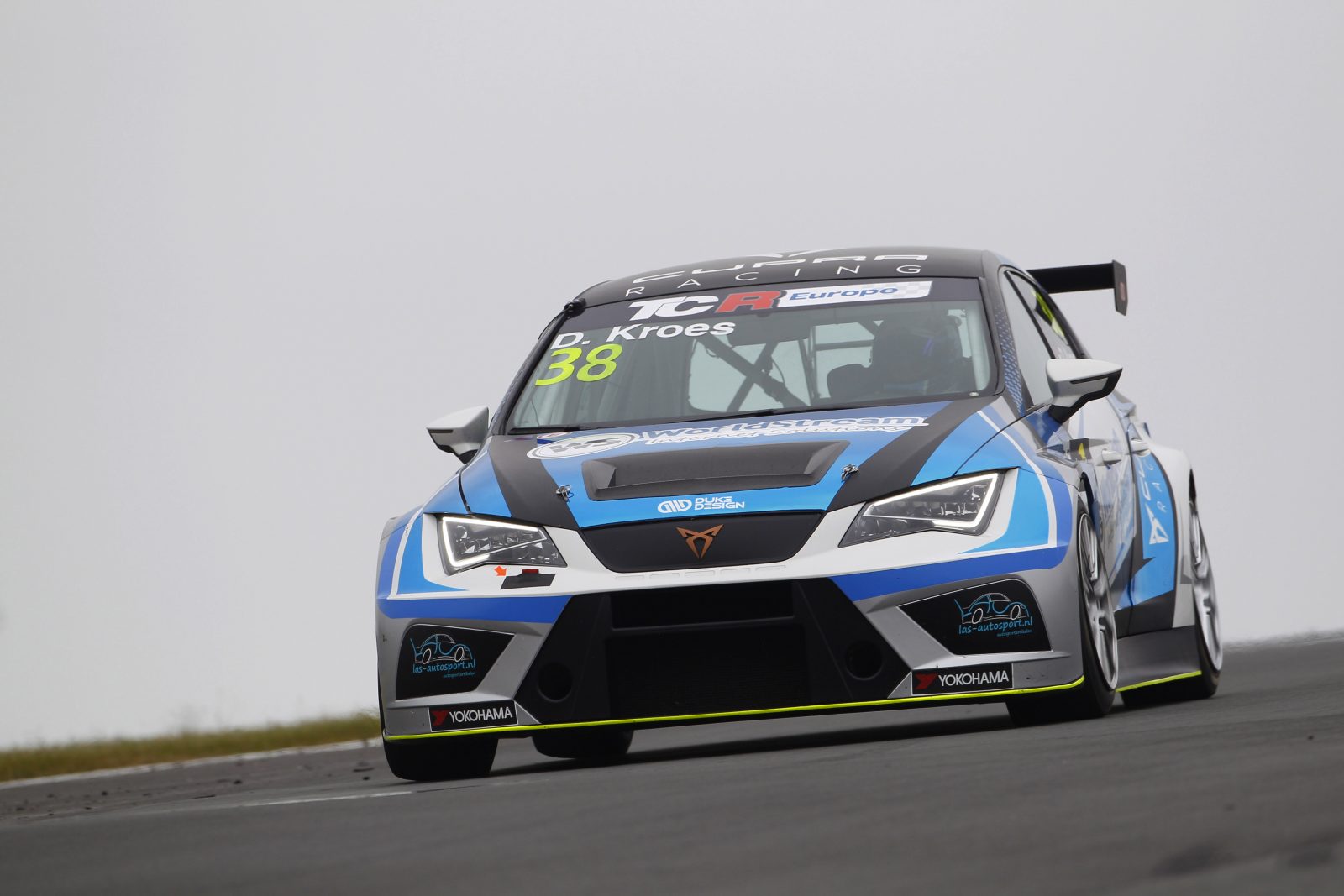 Race 2 : Van Lagen made it again despite Kroes

By starting in the pole position on Monday afternoon, Danny Kroes grasped the chance to shine in his own land. The young Dutchman fought all through the race to ensure a place on the podium of TCR Europe. After that, he defended his leadership in TCR Benelux bravously, facing Jaap Van Lagen, who eventually overtook him during the 8th lap.

The hierarchy would not evolve any more, Van Lagen notched up another victory in front of the euphoric crowd. Falling into the arms of his closest ones after the race, Kroes was definitely this weekend’s revelation.

“I wasn’t expecting such results”, he said smiling. “I could have held up Jaap, but we ran into one another when braking, and he took this opportunity to overtake me. It’s part of the race. It’s great to finish two times in a second place at TCR Benelux. I am really looking forward to being in Spa-Francorchamps and discovering this unique circuit.”

Maxime Potty made up from is dropout the day before by getting the third step on the podium at the end of this second race. The Belgian VW Club racer was ahead of the two racers from Autodis Racing by Piro Sports, Loris Cencetti, who had edged out Cedric Piro. Marie Baus-Coppens would finish at the sixth place. In contrast, it was a difficult Monday for Julien Briché, who did not manage to drive during the second round due to a turbo problem on his Peugeot 308 TCR.

After Zandvoort, the TCR Benelux competitors will meet again on 9th and 10th June on another legendary raceway : Spa-Francorchamps. A second round which will mark Jean-Karl Vernay’s arrival on the Audi RS3 LMS from the Leopard Lukoil Team.