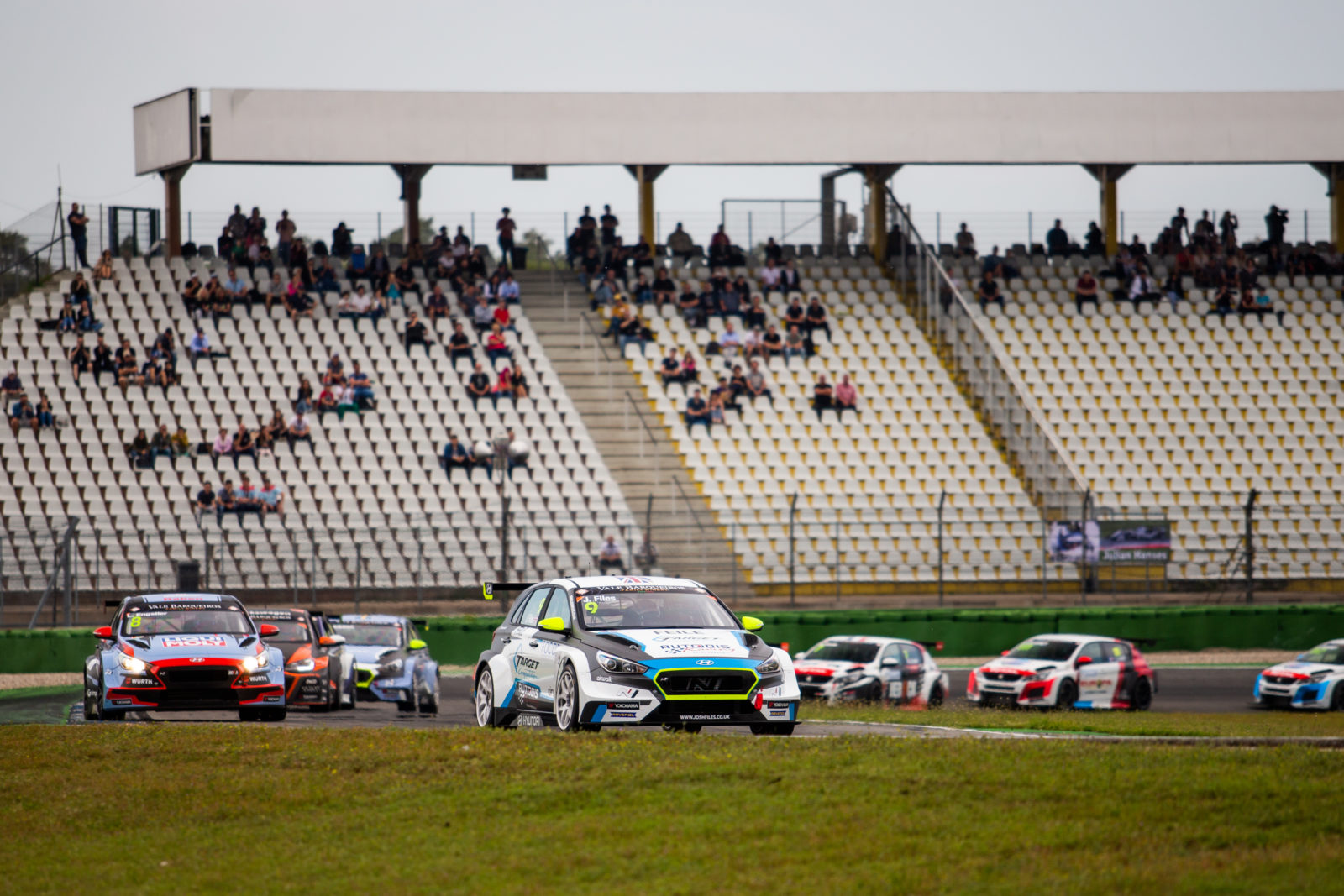 After a hotly contested first round at the Hungaroring, the 11 TCR Benelux competitors had an appointment this weekend at the famous Hockenheim circuit for the second round of the season. As in Hungary, the Benelux drivers shared the track with their counterparts from TCR Europe, and confirmed that they had their place at the front of the pack. On Saturday, Josh Files (Hyundai i30 N TCR – Autodis by Target) put in his best performance with the fastest qualifying practice time and victory in Race 1, all rankings combined. The next day, Julien Briché (Peugeot 308 TCR – JSB Competition) followed his example, taking full advantage of the reverse grid system for the top 10.

Taking pole position by a mere ten thousandths of a second, Josh Files expected to have to fight tooth and nail during the first confrontation. But in the end, that was not to be! Despite the intervention of a safety car reducing all gaps to zero mid-race, the Autodis by Target team driver led from start to finish without being overly troubled. “Taking pole position was already special enough, but winning makes you feel even more incredible,” said the British driver, also first in the TCR Europe rankings. “I knew we would have to fight for our lives in the first few laps, but everything went perfectly well. I managed to widen the gap at the beginning of the race, to restart well after the safety car intervention and to manage my advantage until the finish. The settings were spot on and it was a real pleasure to drive this car.” 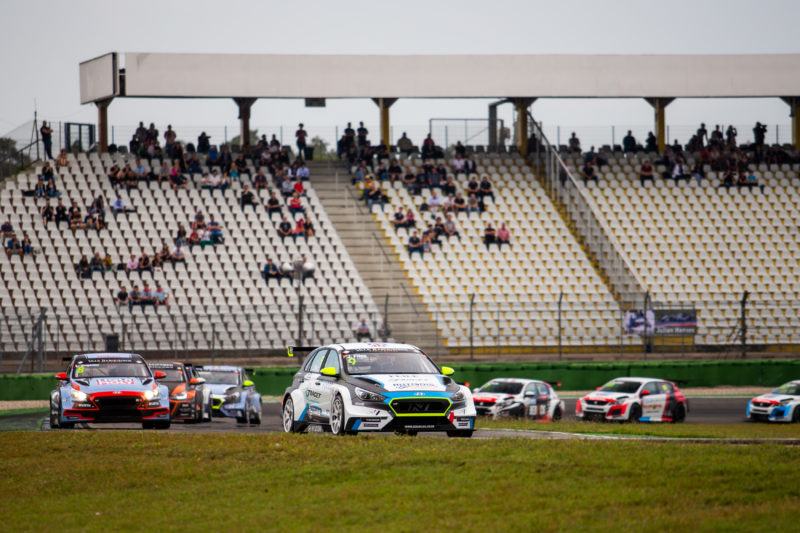 For second position, battle raged between Maxime Potty (VW Golf GTI TCR – Team WRT) and Julien Briché (Peugeot 308 TCR – JSB Competition). Although the Belgian managed to settle in second place from the start, he saw the French team boss-driver gradually getting closer in his mirrors. It was enough to give rise in the second half of the race to a pretty man-to-man contest which finally turning to Potty’s advantage. The Top 5 was completed by Santiago Urrutia (Audi RS 3 LMS TCR – Team WRT) and Aurélien Comte (Peugeot 308 TCR – DG Sport Competition) at the end of another thrilling duel.

Gilles Magnus (Audi RS 3 LMS TCR – Comtoyou) had a complicated first race due to brake problems. Second on the starting grid, the RACB National Team representative had to settle for sixth place ahead of Tom Coronel (Honda Civic TCR – Boutsen Ginion Racing), Dusan Borković (Hyundai i30 TCR – Autodis by Target) and Marie Baus-Coppens (Cupra TCR – JSB Competition). The other female in the pack, Lilou Wadoux, had to abandon due to engine overheating, as did the Hyundai driver Mat’o Homola.

Contested in glorious sunshine, the second race of this German event saw Julien Briché’s total domination. Starting from pole position by virtue of the reverse grid system for the Top 10, the Frenchman did not miss the chance to win for the second time this season. “It is a great way to end an excellent weekend,” said the team boss and driver for JSB Competition, who also won the TCR Europe race. “Despite the safety car coming out at the beginning of the race and a restart having to be managed, I was able to build a sufficient lead to be able to maintain control at the end of the course. This second success of the year puts us in a great position in the championship, but it is still very long and anything can happen.”

With an excellent start from 3rdposition on the grid, Aurélien Comte could not keep up with the pace set by the leader. However, the DG Sport Competition representative took advantage of the fratricidal opposition between Maxime Potty (WRT) and Santiago Urrutia (WRT) to widen the gap and climb to second place on the podium.

Despite a bad start, the Uruguayan driver Santiago Urrutia managed to take third place as he did the day before, ahead of his team-mate Potty and Josh Files. Untouchable in the first race, the British driver had a much more hectic second race, but managed to limit the damage by climbing from sixth to fifth place ahead of Gilles Magnus and Tom Coronel. This result allows the Autodis by Target team member to take the lead in the championship by 17 points ahead of Julien Briché.

It was not so good though for the Serbian Dusan Borković and the Slovak Mat’o Homola, as they were both forced to abandon after a coming-together in the pack. This allowed Lilou Wadoux and Marie Baus-Coppens to finish eighth and ninth respectively.

The next TCR Benelux meeting is scheduled in a fortnight at Spa-Francorchamps. It will provide an opportunity for Benelux drivers or those representing a Benelux team once again to show their potential against TCR Europe competitors. To be continued on 8 and 9 June!