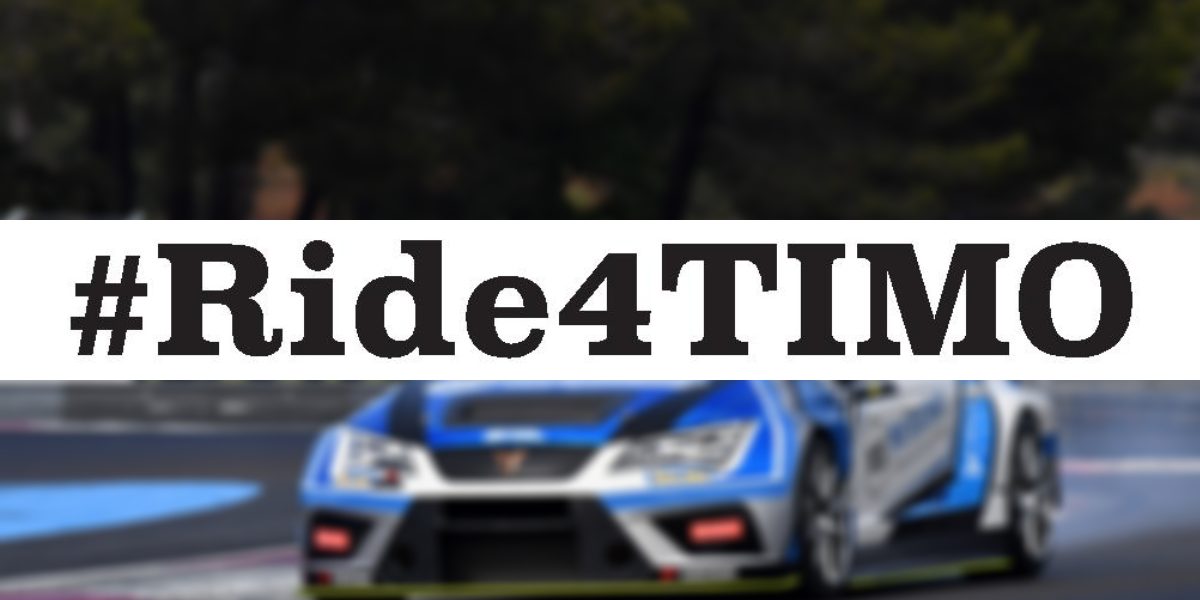 You may have noticed it: the hashtag #Ride4TIMO has been spreading over social media for several months, especially in motocross, karting and nautical sports. This slogan appeared in memory of Timo Kuppens, who passed away prematurely in last December. He was the son of Isabelle Lietaer and Renaud Kuppens.

Beyond the fact that his father was among the first competitors of TCR Benelux, tasting 4 victories and a 5th final position in the 2016 championship, Timo’s history touched all the actors involved in the sprint competition destined to touring cars in the flat countries. The hashtag #Ride4TIMO was aimed at preserving his memory.

“All the cars involved in 2018 will carry the #Ride4TIMO inscription distinctively”, as explained by Renaud Jeanfils, director of the ICE company, who helps Cédric Hennau in his role as the promotor of TCR Benelux. “Timo’s death affected me deeply, especially because my son and he were almost the same age. Besides this long-time friendship, Timo’s father, Renaud, was one of the first people to believe in TCR Benelux. We couldn’t let this go by.”

The emotion will definitely be intense at the starting grid of this first TCR Benelux round this weekend in Zandvoort. Using the #Ride4TIMO hashtag on raceways could do its bit towards a project in memory of this child, who was very keen on mechanical sports.

“Timo practised motocross and nautical sports”, Renaud Jeanfils said. “Many people who practise these activities were sensitised by the #Ride4TIMO hashtag. As for us, we hope that his memory will be honoured in the Paddock.”

Life may be unfair, but it’s still worth living!