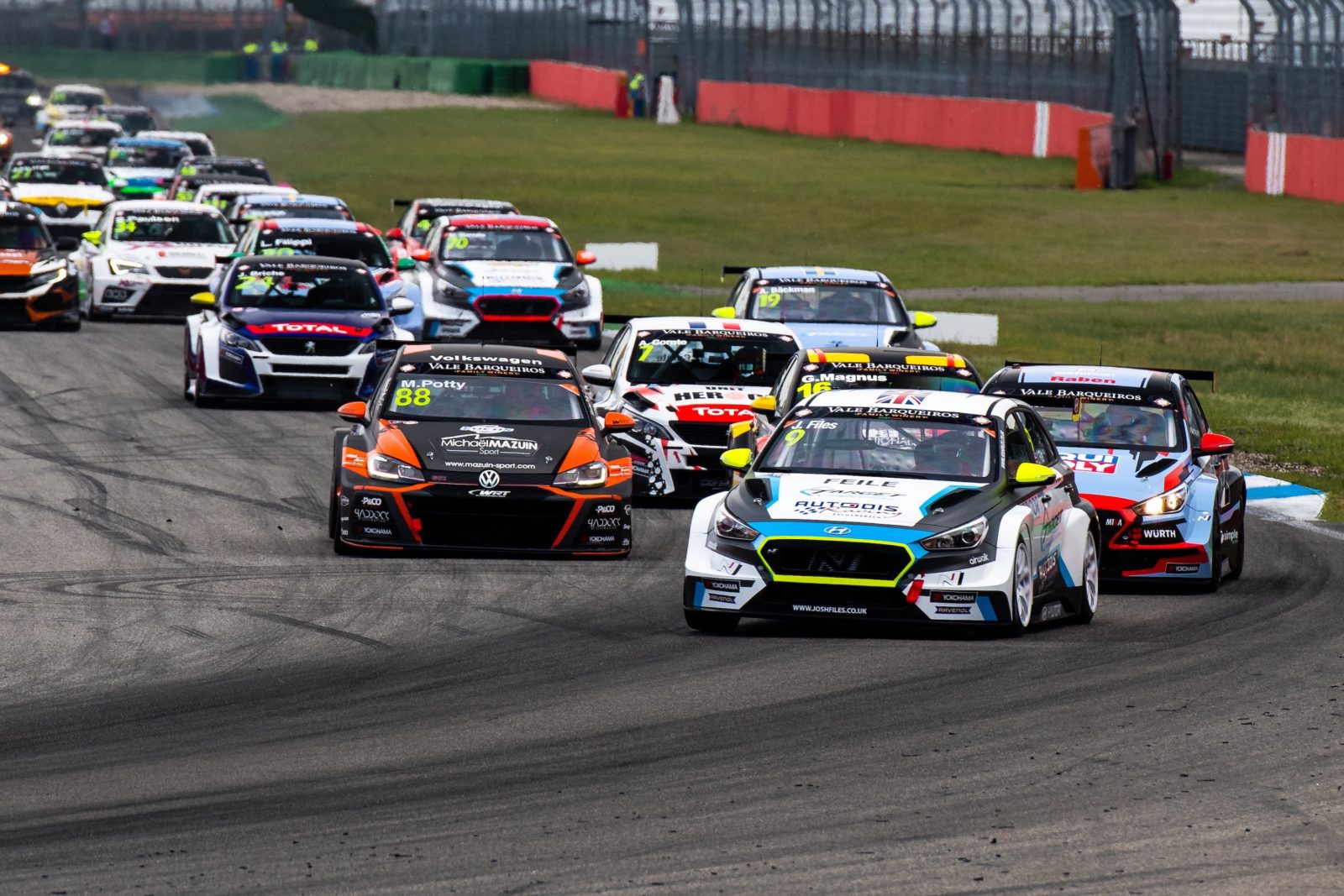 Engaged by the Luxembourg team Autodis Racing by Target, Josh Files will compete at the third TCR Benelux meeting as leader this weekend in Spa-Francorchamps. But the competition, led by Julien Briché and Gilles Magnus, intends to take the opportunity at this meeting to make their mark before the summer break. Scheduled for Saturday at 13:50 and Sunday at 12:00, the two TCR Europe/TCR Benelux races will be broadcast live on RTBF Auvio.

TCR Benelux and the TCR Europe races follow each other in quick succession. Less than two weeks after Hockenheim, the competitors will meet again on Friday in the paddock at the Circuit de Spa-Francorchamps for the third of the five events of the Benelux Championship season!

For teams and drivers from the “low countries”, the Ardennes meeting is obviously the home event, before finishing the season in southern Europe. Everyone is therefore eagerly awaiting this great event on “the most beautiful circuit in the world”, and they have high ambitions.

To mark the occasion, a special effort will be made to promote this event with a live broadcast of the two races on RTBF’s Auvio platform. Special activation of social networks (Facebook and Instagram) is also planned to enable everyone to enjoy a better experience this weekend of TCR Benelux.

With its Hyundai i30 N TCR, the Autodis Racing by Target team has distinguished itself particularly well since the beginning of the season. After Mat’o Homola’s success in Budapest, Josh Files won in Hockenheim to take the lead in the championship. But the great gentleman of the German event was the French driver Julien Briché. The boss of the JSB Competition team is the one who scored the most points ten days ago. After winning two races this year, he is eagerly awaiting Spa-Francorchamps, where he gained a magnificent victory in his Peugeot 308 TCR last year.

Leading the championship after Budapest, Gilles Magnus was unable to convert his top speed into top results in Hockenheim. The RACB National Team driver would therefore like to shine at home on a track well suited to the Audi RS 3 LMS TCR of Comtoyou Racing. In a similar car, the Uruguayan driver Santiago Urrutia knows that he will also have his chances on the home soil of his Team WRT. 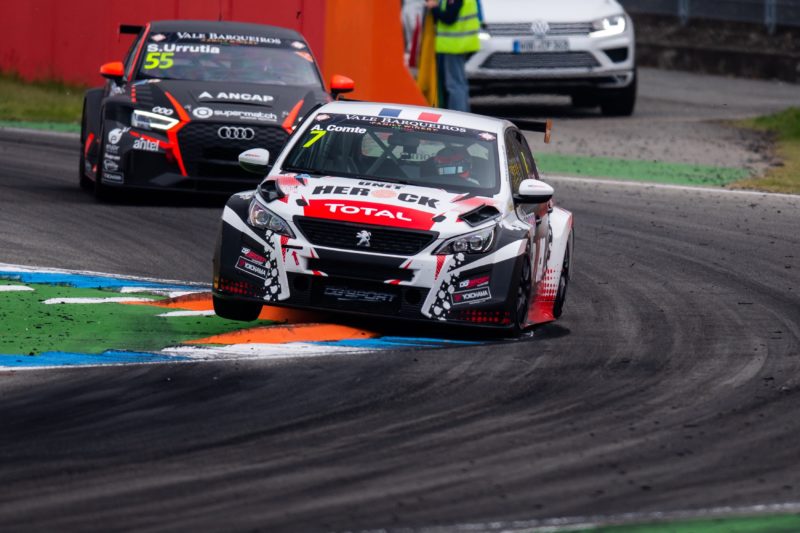 Fifth and sixth in the provisional ranking, the Frenchman Aurélien Comte (Peugeot 308 TCR of DG Sport Competition) and the Belgian Maxime Potty (VW Golf GTI TCR of Team WRT) finally made it to the podium in Hockenheim. After a difficult start to the season, they know that only a good points score at Spa-Francorchamps could put them back in the fight for the title.

It should also be noted that Team WRT is being reinforced this weekend with the arrival of a twelfth driver in TCR Benelux (integrated among the 34 TCR Europe participants). British driver Ashley Sutton, winner of the BTCC (British Touring Car Championship) in 2017, will have a VW Golf GTI TCR and he is clearly not coming just to make up the numbers.

Spa-Francorchamps will be an important event for Serbian Dusan Borkovic and Slovak Mat’o Homola. The two Autodis Racing by Target drivers made a good start to the season in Hungary, but they had a black weekend in Germany. Knowing that two out of ten results can be discounted at the end of the season, they still have their chances… but they cannot miss this meeting in the Belgian Ardennes. 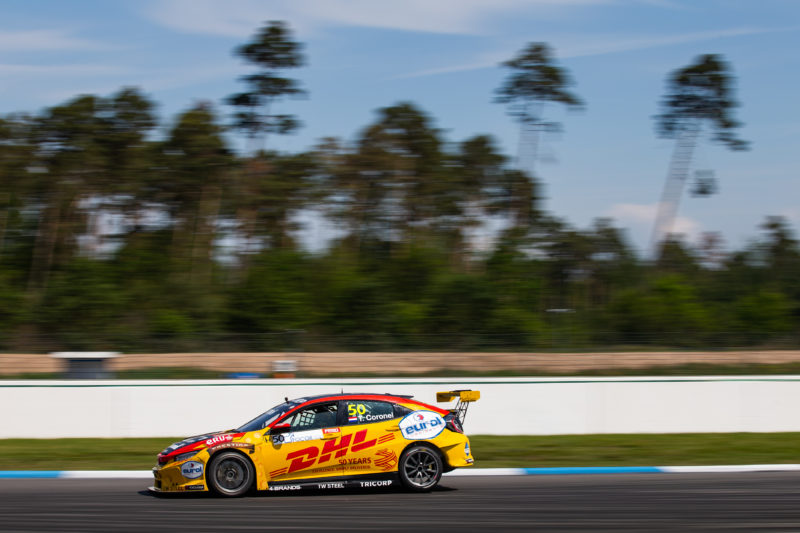 Having already used up his two “jokers” by his absence in Hungary due to FIA WTCR commitments, Tom Coronel will be back for the second time this year in the Honda Civic TCR of Boutsen Ginion Racing with the firm intention of doing much better than he did in Germany, where he twice had to settle for 7thplace.

Finally, spectators will be closely following the performances of the two women drivers in the race, Lilou Wadoux (Peugeot 308 TCR) and Marie Baus-Coppens (Cupra Leon), both entered by the JSB Competition team.

The weekend event will again take place over three days with two free practice sessions on Friday (09.20 and 14.20), qualifying practice on Saturday at 09.30 (in two parts, the second part involving the top 12 from Q1) and the first race at 13.50. The second race of the TCR Europe/TCR Benelux meeting will take place on Sunday at 12.00, with a reverse Top 10 forming the starting grid. The races can be followed live on www.tcr-series.tv/europeand on the RTBF Auvio website www.rtbf.be/auvio.