Stefano Comini joins the ranks of TCR Benelux with Honda and Autodis Racing by THX ! 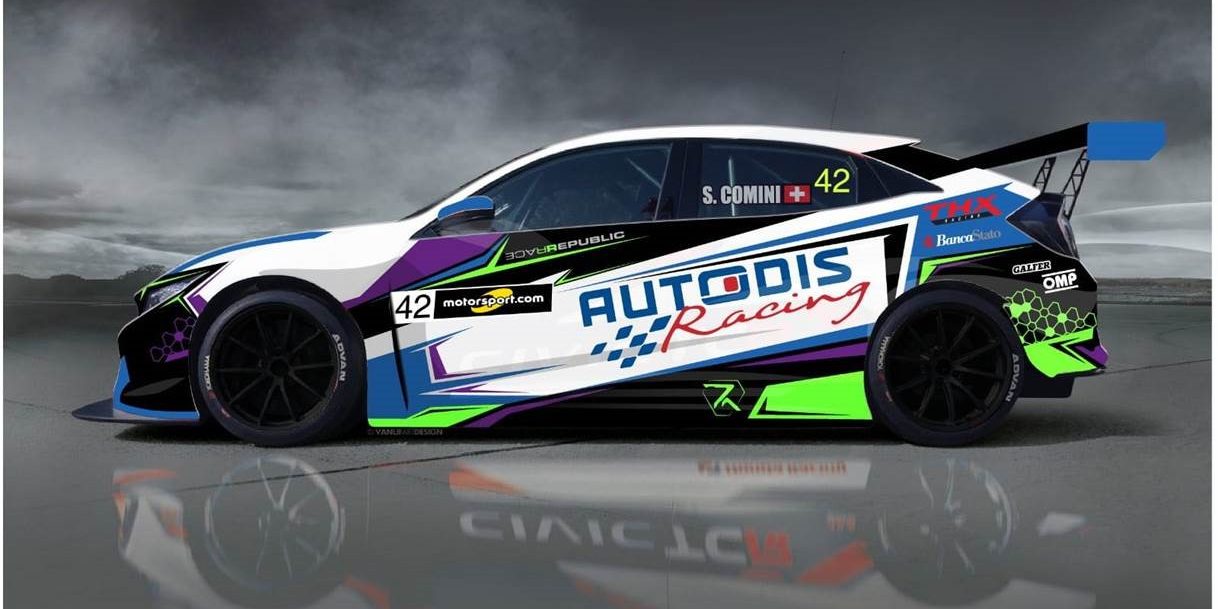 Starting from the second round in Spa-Francorchamps on the next 9th and 10th of June, the starting grid will take great pride to have the two TCR International Series champions in its ranks. After doing some in the championship these past two years, the organisers are pleased to announce the arrival of a certain Stefano Comini who will race the remaining four rounds !

The great Swiss pilot will drive a Honda Civic Type-R FK8. It’s certainly another big reference for the young guns who form the bulk of the TCR Benelux peloton.

“After competing the first TCR Europe round with a Subaru WRX, I was offered the chance to race with a Honda in TCR Benelux. I immediately liked this project”, said Stefano. “I’ve been wanting to race with a Civic Type-R for the past three years, it’s a car I’ve often raced against in TCR International. I will discover my car on the circuit Tazio Nuvolari near Milan and i’ll do the tryouts in Zolder before going to Spa-Francorchamps. I warmly thank Autodis, Honda and RaceRepublic for their support and I hope to reward them with a victory this weekend.”

Comini will defend the Luxembourg colours of Autodis Racing. This way, the famous multi-brand network which owns two dealerships in Esch and Mersch puts a third pilot into race in the TCR Benelux, next to the promissing Cedric Piro and Loris Cencetti. With the arrival of the 2015 and 2016 TCR International Champion, the Grand-Ducal team can count on a top-notch captain to guide it’s young guns to the top.

“We had a second available Honda Civic Type-R FK8 and we are happy to give it to Stefano” said Marco Graas, Autodis CEO. “We were looking for an experienced pilot to defend our colours. With a two-time TCR International champion among us, we are sure to fight for victory. Stefano will also be a huge reference for Cedric and Loris who will teach them all the TCR secrets.”

The Honda Civic Type-R FK8 #42 will race under the colours of Autodis Racing by THX. The THX Racing team will be in charge of exploiting the Japanese racing car. This team, based in Theux (THX being the abbreviation of this Ardennes City) can count on the expertise of DG Sport Compétition to lead Comini to victory. It is important to note that the THX Racing and Piro-Sports teams, which both race for Autodis Racing, will be gathered together in the paddock.

“THX Racing wasn’t originally planned to race in a TCR championship”, explained Christian Jupsin, the team “Boss”. “But we were directly seduced when the project to put an Honda drived by Stefano Comini into race was presented to us. Since TCR Benelux doesn’t have any conflict of dates with the WTCR, we concluded definitely the agreement since it allows us an amortization of our structure costs. With a package such as this one, we are convinced that the performance and the results will be directly there.”

To see Stefano Comini and the Honda Civic Type-R FK8 from Autodis Racing by THX in action, visit us on the Circuit of Spa-Francorchamps on the next 8th, 9th and 10th of June for two very promising races.