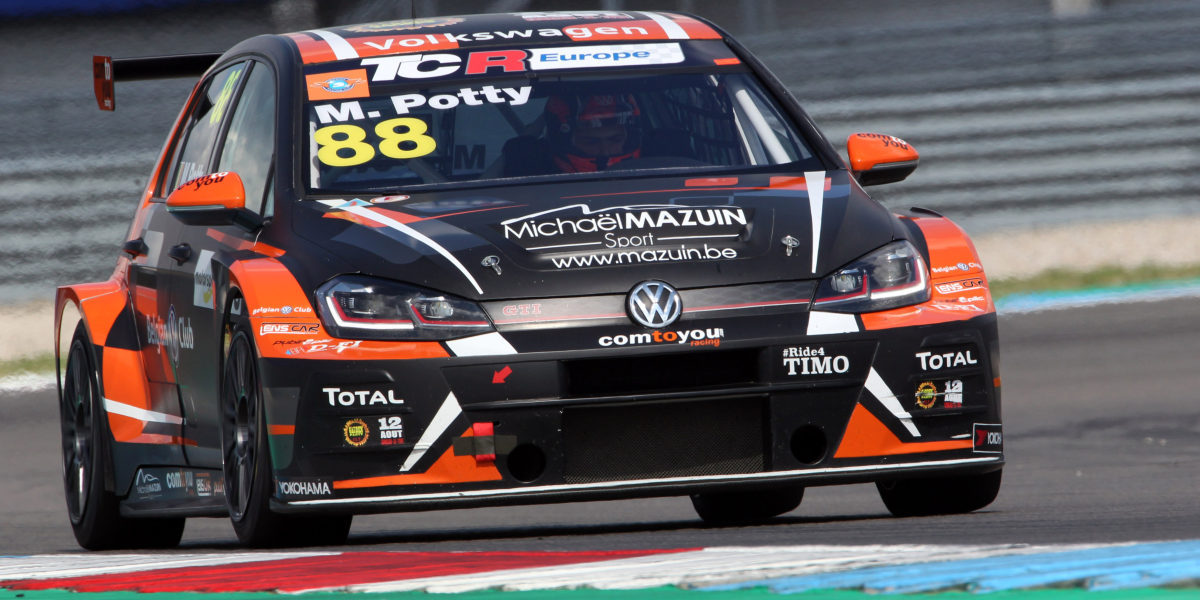 The TCR Benelux competitors will keep a most vivid memory from the TT Circuit Assen. Designed for sprint races, the Dutch circuit was the scene of most animated battles, to the great delight of the 90.000 spectators who attended the very popular Gamma Racing Days. With a most uncertain weather, all the ingredients were gathered for a thrilling fourth round. 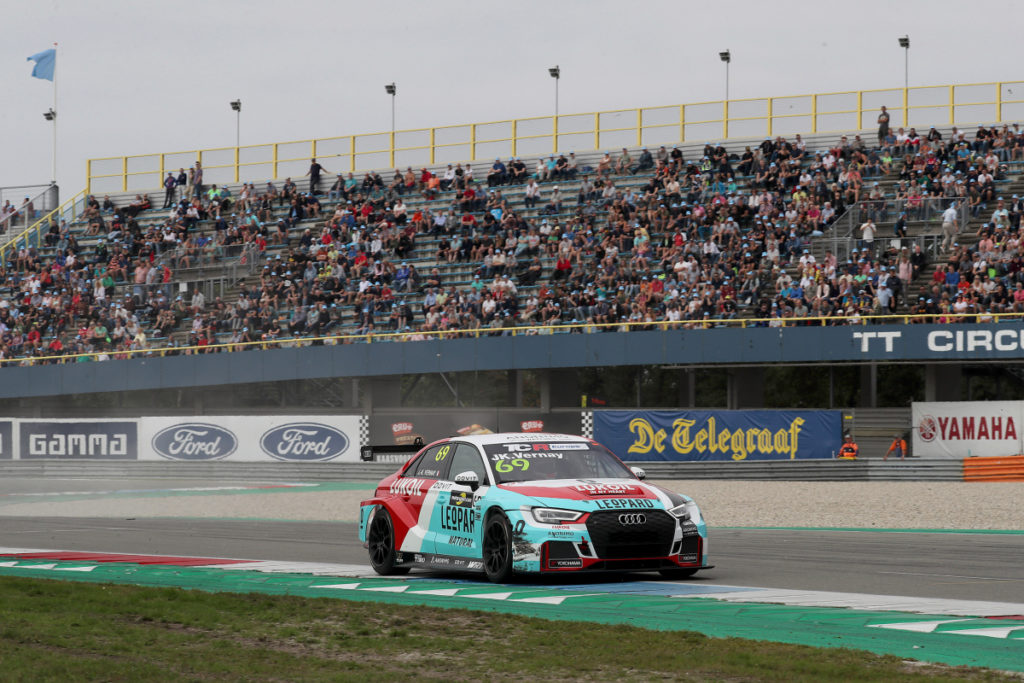 The first line of the Race 1 starting grid was monopolized by Jean-Karl Vernay (Audi RS3 LMS #69 Leopard Lukoil Team) and Maxime Potty (Volkswagen Golf GTI #88 Comtoyou Racing). Signing a poor start and having to deal with an understeer situation, the young Belgian from Liège had to let the experienced french pilot glide to victory in TCR Benelux. “I could have even won the overall classifications in TCR Europe but my Audi wasn’t in a perfect condition any more since the car suspension broke during the tryouts, especially the brakes”, explains Vernay. 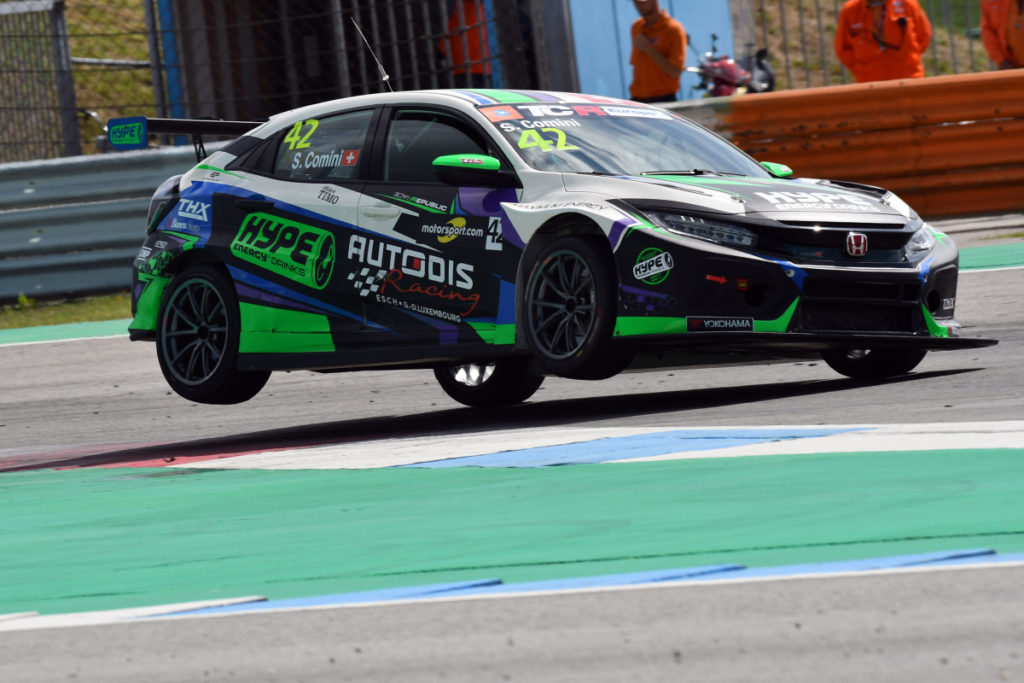 Like the previous time, Maxime Potty takes the pole in TCR Benelux in front of Jean-Karl Vernay. However, a third man, Stefano Comini, was to carry out a huge act by making a magnificent ascent and securing a second victory after the one on the Hungaroring. Again, Jean-Karl Vernay had to settle with the second place. 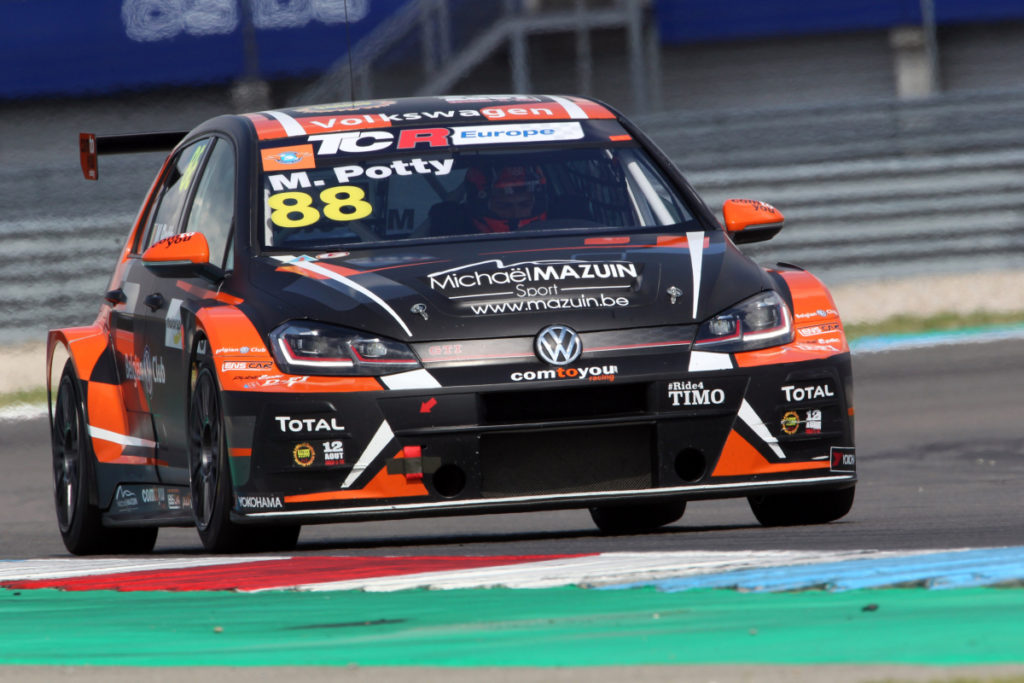 The TCR Benelux final will take place on the magnificent circuit of Barcelona on the 20th and 21st of October.