Gilles and his Magnus Opus 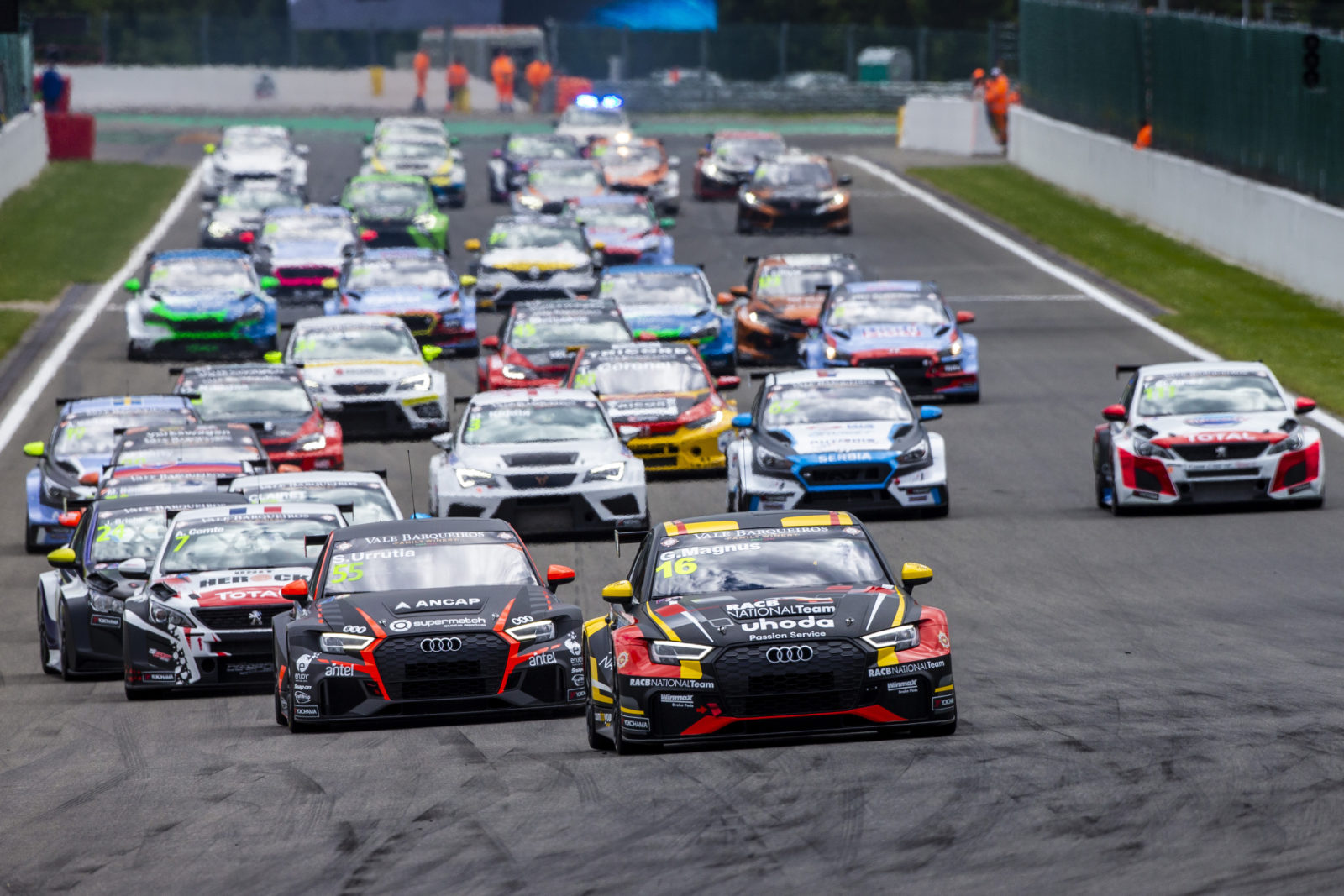 Starting from pole position for the first TCR Benelux/TCR Europe race at Spa-Francorchamps, Gilles Magnus did not falter. The RACB National Team driver dominated this first confrontation from start to finish, to win with the Comtoyou Racing Audi RS 3 LMS ahead of Uruguayan Santiago Urrutia (Audi RS 3 LMS – Team WRT) and Maxime Potty (VW Golf GTI TCR – Team WRT), who made a great comeback after a missed start. The second race will be held on Sunday at 12.00 and can again be followed live on the TCR Series and RTBF Auvio websites.

We already knew that Gilles Magnus learns quickly and well! The RACB National Team driver, who took the podium in his first touring car race in Budapest, was also second fastest in qualifying at Hockenheim. But the 19-year-old had not been able to confirm his form in a race. On his home soil, at Spa-Francorchamps, the driver from Antwerp this time drove perfectly. The Comtoyou Racing driver first took pole position (by only 65 thousandths of a second) ahead of the other Audi driven by the Uruguayan Santiago Urrutia. When the lights went out, his start was impeccable and he never conceded first place again. Well, almost, since he had to pass Urrutia again at the exit from the hairpin at La Source after an attack from way back by the Team WRT representative.

“I was disappointed after Hockenheim where I could not repeat my fast pace in practice and obtain a good result,” explained Gilles. “With the entire Comtoyou team, we worked hard to improve my race pace and tyre management. I also worked on starting smartly. Today I managed to put everything together and it is obviously a dream to win my first race in TCR Europe and TCR Benelux on this circuit, in front of all my fans.” 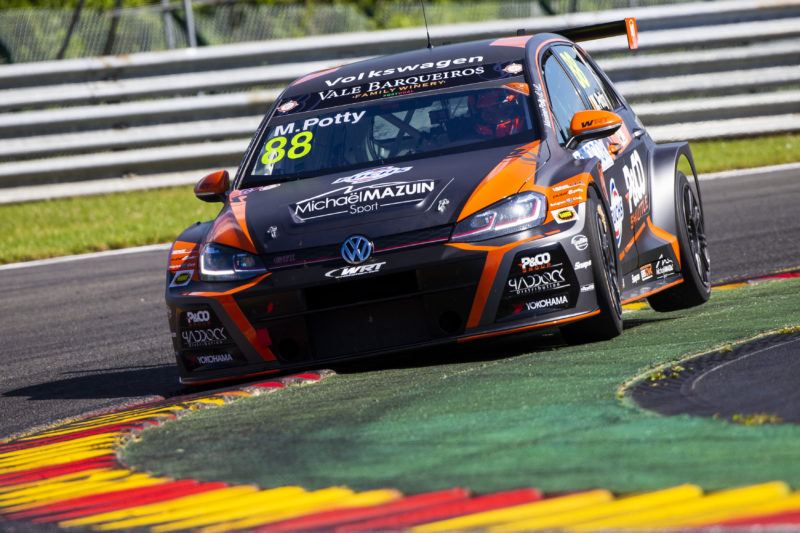 Taking advantage of the retirements of Julien Briché (Peugeot 308 TCR – JSB Competition) and Josh Files (Hyundai i30 N TCR – Autodis Racing by Target), who left the track spectacularly during qualifying, Gilles Magnus took over the lead in both TCR Benelux and TCR Europe classifications.

Third on the starting grid, Maxime Potty totally missed his start to the extent that as he approached Eau Rouge for the first time he was in eighth place. But the Belgian made a great fight-back! After a splendid overtaking manoeuvre from the outside at the Stavelot curve, he took third place in the very last lap from Aurélien Comte (Peugeot 308 TCR from DG Sport Competition). The podium therefore held the only two Belgians entered and the Belgian teams monopolised the Top 4 at their home circuit. The Slovak Mat’o Homola (Hyundai i30 N TCR – Autodis Racing by Target) was 5thamong the Benelux competitors, ahead of Tom Coronel (Honda Civic – Boutsen Ginion Racing), Dusan Borkovic (Hyundai i30 N TCR – Autodis Racing by Target) and the “Guest” Ashley Sutton (who was fourth on the grid but started after the pack in the VW Golf GTI TCR of Team WRT due to a technical problem just before the start of the warm-up lap). While Marie Baus-Coppens (Cupra Leon) gave up after a collision, her team mate at JSB Competition, Lilou Wadoux, rolled dramatically after an opponent left the track and then hit her on returning to the track, on the very last lap. The news was reassuring for the French lady driver, who was nevertheless taken to Verviers hospital for medical checks. 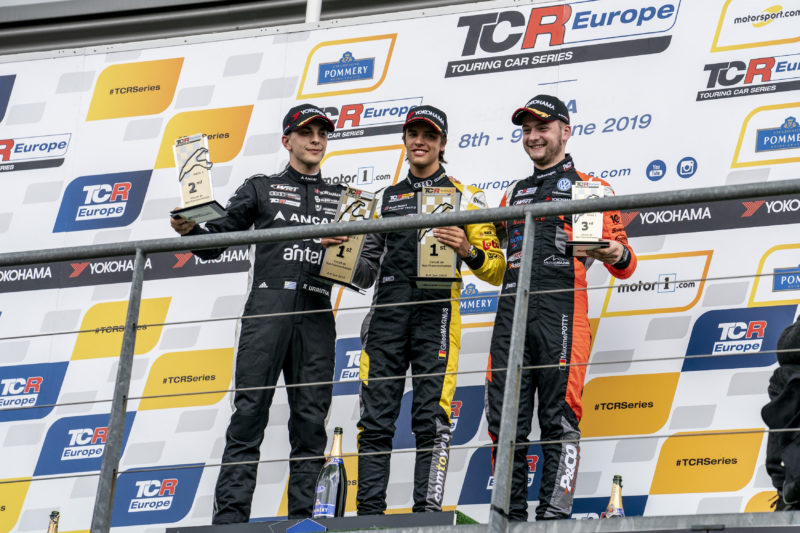 On Sunday, the starting grid will be a reversal of the Top 10 in qualifying. The fastest in practice, Gilles Magnus will this time start from 10thposition. Will he be able to climb back through the pack in a race that is always extremely exciting? The answer will be known from 11.50 (with the start scheduled for 12.00) live on www.tcr-series.tv/europe and in French on the RTBF Auvio web site at www.rtbf.be/auvio.